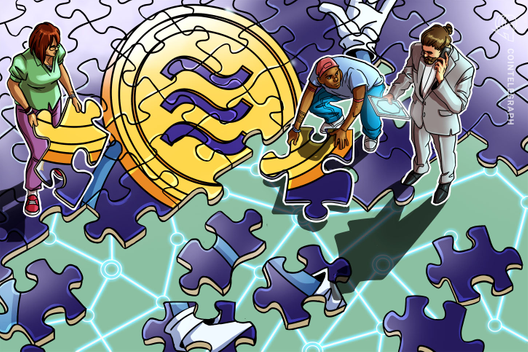 PayPal representatives have said they remain cautious about the future of Facebook’s planned stablecoin Libra, according to a Sept. 14 report from Agence France Press (AFP).

“Obviously, I think there’s a lot of work to happen before we get to that point where it [Libra] becomes something more than just a very exciting idea.”

As previously reported, the Libra Association is an independent, not-for-profit membership organization established to govern the forthcoming Libra network. It counts 28 founding members — including PayPal, Visa, Mastercard, Uber and Spotify — each of which was required to invest $10 million to join.

Even as ever more regulators and national governments continue to voice their misgivings about the social media giant’s digital currency plans, Rabinovitch emphasized that ultimately, the goals and ambitions of Libra align closely with those of PayPal.

She defined these as “serving the underserved” and “democratizing access to capital.”

“So we very much believe in the potential of Libra,” she said.

In August, unconfirmed sources had alleged that at least three of the Association’s members were considering withdrawing their support of the project in light of mounting regulatory and political pressures.

Despite the fierce regulatory pushback — which has only intensified since Facebook unveiled its plans for Libra this June — Bertrand Perez, the director-general of the Libra Association claimed last week that the Association is committed to clearing all obstacles and that Libra should launch by the second half of 2020.

Peretz’s comments came hot on the heels of sharp remarks from French finance minister Bruno Le Maire, who declared that France would attempt to block the development of Libra on European soil, claiming that no less than the “monetary sovereignty of states is at stake.”

Following Le Maire, German parliamentarians have also this week said they are against authorizing Libra in the European Union and have echoed the French minister’s proposal to challenge the project with a Europe-born, government-backed “public digital currency.”

Today, officials from the European Central Bank and 25 global central banks are set to meet with Libra’s founders to assess the financial stability risks of the project.