Malware isn’t a new thing, as we all are quite aware of it, but it varies with time, and so does the threat levels that it imposes. A Malware may attempt to swipe your password, or infiltrate your system, or quietly monitor your browsing activity. However, the most threatening Malware is one that tries to steal all that you have earned. This is known as Jackpotting, which targets only ATMs.
The name is termed so because jackpotting forces the ATMs to give all the cash that it has inside it. This can be a concern for the general public as the cases of jackpotting are rising every day. 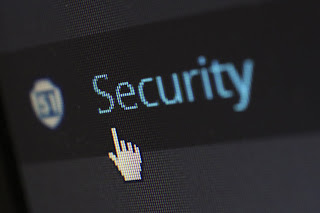 “Hackers throughout the globe are apprehending this is a low-cost and simple way to get some easy money. The ATMs with old software are targeted using black market code software, and the hackers are strolling off with millions in their pockets,” says a collaborative study of Motherboard and German newsroom Bayerischer Rundfunk.

When jackpotting occurs, it doesn’t matter how tech-savvy your ATM or bank is, the reason being is it all depends on the software. If the ATMs run on insecure and antiquated software, hackers can effortlessly steal out all your money.
A few of the prominent cases of jackpotting attacks happened in Germany in the year 2017. Earlier studies claim that the cases of jackpotting have decreased in numbers but a new study reveals that it has become very common.
“Survey conducted in 2019 shows that the crimes are rising,” says David Tente, ATM Industry Association. Other unknown sources accepted the same. “Crimes are happening, but mostly it’s not announced,” said one.

The crimes in countries like Russia and Germany and many other places in Europe are mostly carried out by Russian software named Cutlet. The software can be purchased for a mere $1,000. While in the U.S, Ploutus D is a popular software for jackpotting.
“The wicked fellows are trading this malware to anybody,” says David Sancho, proficient at jackpotting, cybersecurity firm Trend Micro. “Probably this can stir any nation around the globe.”

Mind your own business! CEOs who misuse data could end up in jail – Naked Security
New Way Found to Use Alexa, Google to ‘Voice Phish’ and Eavesdrop on Users