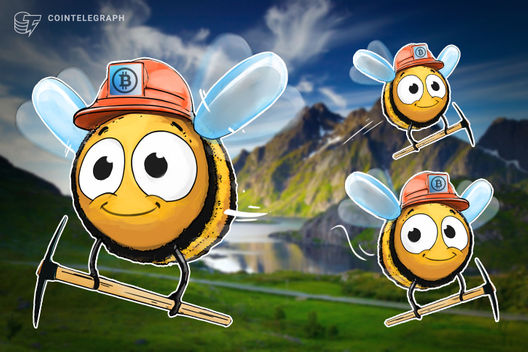 According to a Northern Bitcoin press release published on Nov. 18, Whinstone is already building the aforementioned facility which is expected to have a capacity of one gigawatt on an area of over 100 acres in Texas. The mining farm in question will allegedly be the largest data center in North America.

The first two clients that will take advantage of the upcoming facility will reportedly be two publicly traded corporations that will use a significant portion of its capacity for Bitcoin mining. Still, after its completion, the data center will also allow for the acceleration of video rendering and artificial intelligence applications.

Northern Bitcoin is a stock-traded company founded last year that specializes in sustainable Bitcoin mining. The firm operates a mining farm on renewable energy in Norway.

The idea of placing the world’s largest mining facility in the U.S. is interesting, given that China has so far been at the forefront of the cryptocurrency mining industry and hosts many of the leading companies of the industry, such as Bitmain.

According to a recent analysis, low power costs in addition to access to cheap hardware make China a competitive destination for cryptocurrency mining operations, despite the country’s legal environment.