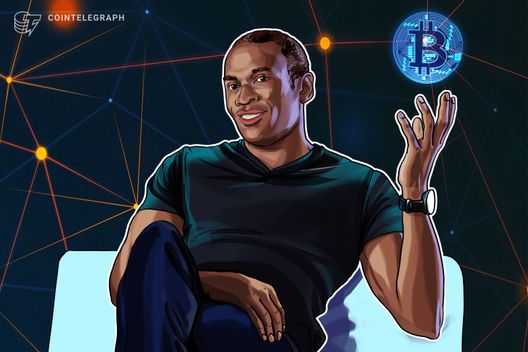 Arthur Hayes, co-founder and CEO of cryptocurrency trading platform BitMEX, has predicted that Bitcoin (BTC) will get back to the $10,000 price point this year. Hayes shared his predictions in a newsletter published on March 22.

According to Hayes, the market recovery will begin in early fourth quarter of 2019. Hayes said:

Earlier in March, the research arm of BitMEX revealed that its Ethereum Parity full node contained a “potential bug,” reporting that the Parity node “sometimes reports that it is in sync, despite being several hundred thousand blocks behind the chain tip.” The authors claimed that the purported bug could be exploited by an attacker in some circumstances, but states it is “highly unlikely” to happen.

In January, BitMex published research unveiling that the combined value of all the tokens that the analyzed projects had allocated to their own teams went down from $24.2 billion at the time of each individual token’s issuance to about $5 billion.

BitMEX said that the 2018 crypto bear market accounted for 54 percent of the losses, along with $1.5 billion worth of transfers to external addresses and other factors that brought projects’ holdings down even further. The report also highlighted that the historical combined peak value of the tokens controlled by the subject teams was more than $80 billion, using each coin’s individual price peak.

How ICON is Forming the Foundation of South Korea’s Blockchain Economy : CryptoCurrency
You Can Now Donate to the Tor Project in 9 Different Cryptocurrencies