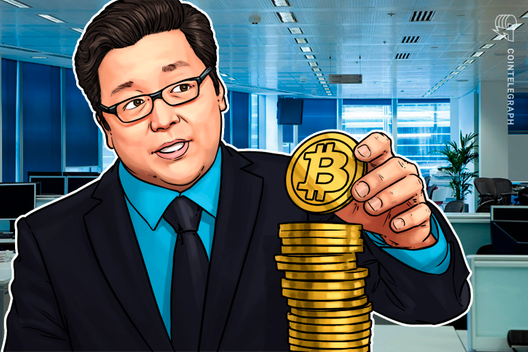 When asked directly “whether Bitcoin is a genuine safe haven” during an interview on the Fox Business channel on Aug. 15, Lee confirmed his position:

“Yes. You can see it in markets. Where there’s turmoil, the local Bitcoin prices tend to surge and trade at a premium, because people are trying to find ways to protect their money. So yes.”

Bitcoin is a good diversification hedge

Lee also added that Bitcoin has “done very well this year,” reminding the audience that last December its price hovered around $3,000, and since then rose to the $10,000–12,000 levels. The Fundstrat analyst also noted that Bitcoin is “really uncorrelated to equities, to bonds, so it’s a good diversification hedge.”

According to Lee, currently Bitcoin “is just resting”, and can show a significant rise in its price by the end of 2019. The analyst added:

“I think it’s going to be much higher by the end of the year, and potentially at a new all-time high. I think anyone who wants to have a 2% or 1% allocation to Bitcoin as a hedge against a lot of things that could go wrong — it’s a smart bet.”

Crypto community hopes for the better

Previously, Cointelegraph published a report about the three main reasons reasons Bitcoin is turning into a global safe haven for investors.

Ether (ETH) is also most likely to trade above $1,000 again in the future, according to the global cryptocurrency Twitter community.