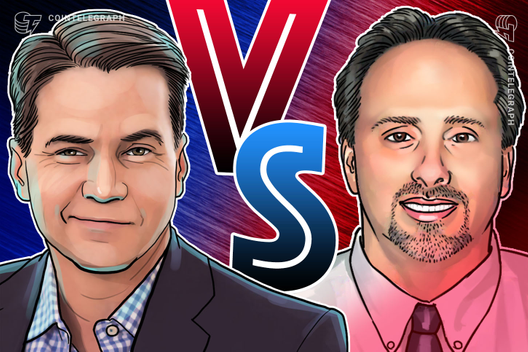 Craig Wright, a self-proclaimed inventor of Bitcoin (BTC), has asked for another extension of a deadline to settle his case involving his late partner Dave Kleiman.

On Sept. 17, Wright’s attorneys filed a new 30-day extension for all discovery and case deadlines, citing the need to facilitate the ongoing discussions with Dave Kleiman’s estate as the parties have entered “extensive settlement negotiations.”

According to the document, Wright’s lawyers and Kleiman’s estate have reached a non-binding agreement to settle the matter and are continuing to negotiate and finalize all relevant terms.

Citing a number of upcoming case deadlines such as Wright’s opposition to Judge Reinhart’s sanctions order that is due on Sept. 24, and plaintiffs’ motion for attorneys’ fees due on Sep. 20, the defendant party claimed that reaching a final binding settlement is the “best interests of both parties” and this requires the extension period.

30 more days after a two-week extension

Following the court’s order on Aug. 26 requiring Wright to hand over 50% of the roughly 1 million Bitcoin Wright allegedly mined with Kleiman, Wright’s attorney Andres Rivero first filed for a 14-day extension on Aug. 30.

In the filing, Wright’s party also intended to challenge Reinhart’s order in favor of Dave Kleiman’s estate, which required him to pay 500,000 Bitcoins, arguing that Wright did not concede that the judge had the power to enter the order.

In late August, Wright suggested that Dave Kleiman’s estate could experience tax issues with Bitcoins that they won from him in the court case.