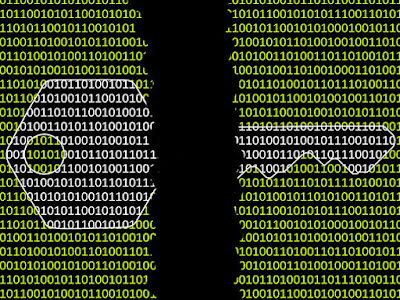 According to the results of the meeting of the technical working group on electronic voting, it became known that the French cryptographer, who pointed out the shortcomings in the electronic voting system, will receive a reward of one million rubles (15 000$).

Last week it became known that Pierrick Gaudry, an employee of the French National Center for Scientific Research, said that the encryption used in the Russian electronic voting system is “completely unsafe” and can be hacked by attackers in about 20 minutes.

Recall that the Russian Government offered a cash prize of 1.5 million rubles (23 800 $) to a hacker who can hack the electronic voting system.

However, according to Artem Kostyrko, the Deputy Head of the Moscow Department of information technology, nobody, including the French cryptographer, managed to hack the system. However, since Pierrick Gaudry pointed out the weakness of the system and drew attention to its testing, he will receive a reward of one million rubles, provided that no one will be able to hack the system during the next testing on August 21.

Other sources reported that Pierrick hacked the system, as he managed to restore all three secret keys. He has published a command-line script, so anyone can hack the voting system. Therefore internet users repeated the experiment and the calculations took the same amount of time – a little more than 20 minutes. When the private keys are known, decrypting the message becomes a trivial task.

It is interesting to note that before Pierrick published his work, Stanislav Smyshlyaev, the Deputy General Director of the company CryptoPro, stated that any laboratory accredited by the FSB of Russia would have found such a vulnerability. At the same time, Artem Kostyrko at one of the meetings of the technical working group mentioned that the Internet voting system was checked by experts from the FSB. Alexey Venediktov, the member of the Public Chamber of Moscow, claimed that military hackers from the GRU were involved in testing the voting system. However, none of them found the vulnerability.

According to forecasts, about 3 percent of the total number of voters will be able to take advantage of electronic voting in the elections to the Moscow City Duma on September 8. By the way, this is 1 percent more than during the experimental electronic voting in Estonia.

Previously, Ehacking News reported that the team of the Ukranian president Vladimir Zelensky promised to hold the next presidential elections in Ukraine using Estonia’s experience in electronic technologies.

It is known that the widespread introduction of electronic technologies has become a kind of visiting card of Estonia and its know-how in the eyes of the world community.

The Internal Revenue Service expands identity protection to all tax‑payers

The Online Technology is your TechNews website. We provide you with the latest news and analysis of emerging cryptocurrencies, technology trends, important software, hardware, and gadgets.
Contact us: [email protected]
© 2021 The Online Technology
MORE STORIES
Security Watch