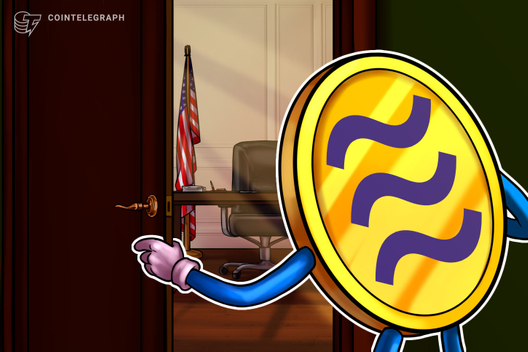 A senior United States federal official has argued that Facebook’s Libra highlights the need for the Federal Reserve (Fed) to act urgently and launch its own real-time payments system.

In a letter addressed to the Federal Reserve’s Board of Governors on Nov. 7, Rohit Chopra —  a commissioner at the United States Federal Trade Commission — expressed his support of the central bank’s proposal to launch a new, round-the-clock real-time payments system dubbed “FedNow Service.”

In his letter, Commissioner Chopra argued that the central bank must act swiftly to prevent new threats to its oversight — whether these arise under the aegis of a “prospective private megabank monopoly” or from a private-sector competitor like Facebook, he wrote:

“As large private firms on Wall Street and Silicon Valley seek to leverage their market power through control of critical infrastructure, it is more important than ever for the Board to implement this proposal quickly.”

As previously reported, the FedNow Service — which has been in the works at least since 2018, if not sooner — was pitched as a new, 24/7/365 real-time payments and settlements service in a public announcement by the Fed this August.

The service will reportedly be made available for both enterprise use and the general public and is intended to enable consumers to manage their funds more flexibly and complete time-sensitive payments outside of conventional banking hours.

Commissioner Chopra’s letter is symptomatic of federal officials’ concern at the prospect of private-sector competition to Fed’s existing role in controlling payments through its oversight of check clearing, wire transfers and automated clearinghouse (ACH) system.

He writes that while “a private megabank monopoly over our electronic payments system” would potentially “suppress innovation and distort incentives in our markets,” he shares the concern of both Fed Chairman Jerome Powell and Governor Lael Brainard in regards to the nature of the risks posed by Facebook specifically:

“The laundry list of risks raised by the Libra project will take time to unpack and address. But regardless of Libra’s ultimate fate, the proposal’s emergence underscores the appetite for real-time payments and the urgency of intervention by the Federal Reserve.”

A litany of concerns

As reported, Libra has faced a major backlash from regulators worldwide since its unveiling this June, resulting in Facebook CEO Mark Zuckerberg being called in to testify before the U.S. Congress for a six-hour grilling before regulators and lawmakers.

Governor Lael Brainard — to whom Commissioner Chopra refers in his letter — has argued that Libra could pose risks to consumers due to a lack of clarity over their rights with respect to the token’s underlying assets and to the system overall.

Brainard has also pointed to data security and privacy risks, citing a “potential ambiguity surrounding the ability of authorities to provide oversight and backstop liquidity and to collaborate across borders.”

For his part, Chairman Powell has stressed that Libra would need to satisfy higher-than-average standards, regulatory and supervisory expectations given it has 2.7 billion users.