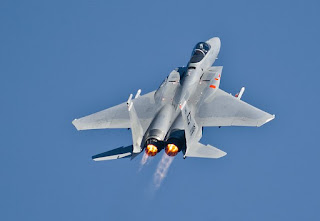 The Trusted Aircraft Information Download Station could have been shut down entirely due to a host of flaws discovered by hackers who were challenged to detect vulnerabilities in a system of a U.S military fighter jet known as F-15.

It was unprecedented in the history of the tech world that outside researchers were given physical access to such critical machinery, and were asked to detect vulnerabilities. It was a matter of two days for a group of 7 hackers to come up with a number of exploits which included bugs that were identified by the Air Force itself but they couldn’t fix it, according to the Washington Post.

Hackers put the system through numerous attacks which included subjecting it to malware and testing with objects like screwdrivers and pliers, reported the DEF CON 27.

In the context of the vulnerabilities exploited by the hackers, Roper Technologies attributed, “decades of neglect of cybersecurity as a key issue in developing its products, as the Air Force prioritized time, cost and efficiency.”

Usually, outsiders were not allowed such access to military equipment which is highly sensitive in nature and their operation; it came as a massive change in how the military and technological world works in synchronization, the gravity of which can be gauged by the fact that hackers physically approached the machine with tools.

As per Roper, American Air Force is of the belief that if it doesn’t allow America’s best hackers to find every single vulnerability present in their weapons, machinery and fighter jets, then they are at the risk of being exploited by other adversaries like Iran, Russia and North Korea.