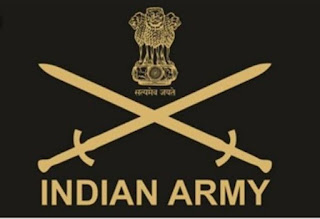 Ahead of Independence Day celebrations, the Indian Army has detected a cybersecurity breach which affected a senior officer posted in Jammu and Kashmir under the Northern Command.

“The cybersecurity breach was detected by the Indian Army personnel during a routine check when malware was found in the computer of a senior officer,” army sources told ANI.

However, the investigation has been started and it is being investigated how the malware found its to his computer.

Senior Army officers get a computer from the Army to carry out all the official work, and the system is connected with the Army intranet facility.

The Army keeps alerting its personnel about cyber alerts and data theft by WhatsApp and other social media platforms. They are warned of using any Chinese apps.

Recently, Pakistani intelligence agencies have Army personnel by sending them malicious links, which once clicked, downloads malware on their computers or mobile devices and steal all the information from them.

To avert this kind of malware and any kind of threat the Army has been issuing regular warnings against such issues, and ask its personnel to immediately inform the higher authority if they even have a slight doubt about their data.

The Army has been issuing regular warnings about and has asked personnel to be alert while dealing with these issues.

The Udhampur-based battalion is responsible for handling almost the entire territory of Jammu and Kashmir and Ladakh bordering both Pakistan and China.

In the Balkans, businesses are under fire from a double‑barreled weapon
Coinbase explains background to June zero-day Firefox attack – Naked Security