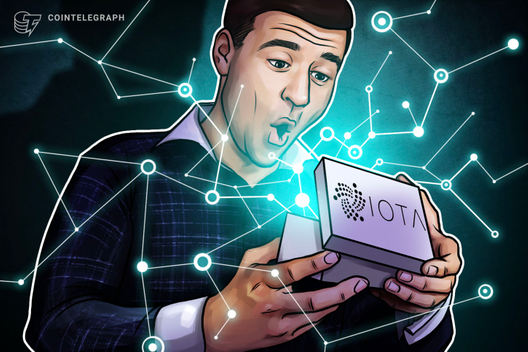 Iota has introduced Chronicle, a permanode solution that will allow its node owners to easily store all of their transactions and maintain uninterrupted access to that data.

On Sept. 17, the Iota Foundation announced Chronicle, which allows node owners to store all the data of the Tangle and quickly access that data when needed over an indefinite length of time.

Before Chronicle, node owners of the IoT-based cryptocurrency project, faced issues that were directly related to limited storage, as transactions quickly filled up the database. Iota attempted to resolve this by introducing local snapshots allowing node owners to delete old transactions and keep their database small.

However, this was only partially successful, as this solution was not suitable for types of data that needed to be stored for long periods of time.

In the future, the Iota Foundation plans to further extend the functionality and capabilities of Chronicle. The foundation invited the community to be part of this. The foundation also said they intend to issue grants in developing and expanding the notion of permanodes.

Russell Vickers, the manager of Jaguar Land Rover’s group, commented on what he believed this PoC suggests for the future of energy-conscious smart cities. He remarked:

“This agile initiative demonstrates vividly how cities can transform both infrastructure and transportation into a sustainable and mutually beneficial ecosystem. We are excited to let the public see how energy-positive buildings and vehicles such as the I-Pace in this demonstration can create positive sustainability innovation in line with Jaguar Land Rover’s Destination Zero strategy.”