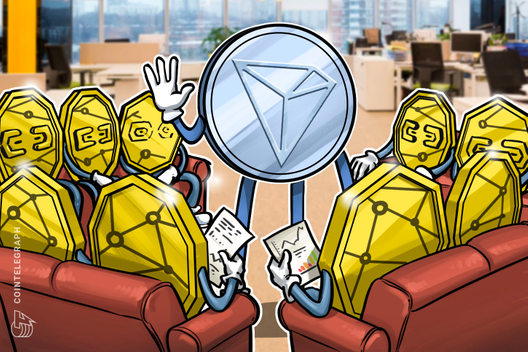 In a Nov. 9 blog post, Poloniex cryptocurrency exchange announced that it was readying to list the decentralized cryptocurrency on its platform, which Tron CEO Justin Sun confirmed on Nov. 12 by tweeting “it’s official now.”

Starting today, customers will be able to start posting limit orders for TRX/Bitcoin (BTC), TRX/Tether (USDT) and TRX/USD Coin (USDC). Reportedly, full trading will be enabled “shortly after this date.”

The news comes almost a month after it was reported that the United States-based crypto exchange Poloniex was spinning out from Circle to form a new firm, called Polo Digital Assets. Poloniex said at the time that this will allow the exchange to focus on the needs of global crypto traders with new features, assets and services to boost its competitiveness in the market.

However, Poloniex will no longer be available for U.S. customers, and Circle will be shutting down operations for U.S.-based Poloniex clients.

The most significant news came at the end of October, when South Korean technology conglomerate Samsung announced that it was integrating TRX support in its decentralized app store, Blockchain Keystore.

Sun, previously hinted at the move, describing it as a deal with a “$100 billion megacorporation.”

Before Polo Digital Assets acquired Poloniex, rumors suggested that Sun was leading the investment group behind the acquisition, which he subsequently denied.