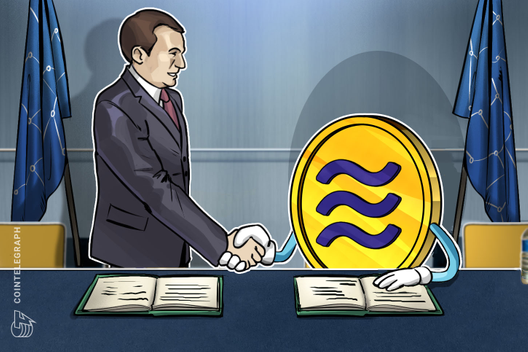 CEO of Calibra, Facebook’s digital wallet for its proposed Libra stablecoin, has attempted to debunk the notion of Libra’s threat to the global financial system.

Not new money but a better payment network

Amid the ongoing meeting between Libra founders and 26 global central banks in Basel, Calibra CEO David Marcus has stepped up to protect the position of the Libra Association on Twitter on Sept. 16.

In a Twitter thread titled “About monetary sovereignty of Nations vs. Libra,” Marcus wrote:

“Recently there’s been a lot of talk about how Libra could threaten the sovereignty of Nations when it comes to money. I wanted to take the opportunity to debunk that notion.”

Calibra CEO urged that Libra cryptocurrency project does not intend to form a new currency but rather build a “better payment network and system running on top of existing currencies” to deliver meaningful value to users over the globe. He emphasized that there is no new money creation, which will “strictly remain the province of sovereign Nations.”

Stating that Libra will be backed 1:1 by a basket of strong currencies, Marcus stressed that the Libra Association is willing to have a strong regulatory oversight to prevent the company from deviating from its full 1:1 backing commitment.

The executive concluded that Libra will continue to engage with central banks, regulators and policymakers to ensure that they address their concerns through Libra’s design and operations.

Marcus’ statement comes amid a meeting that is supposed to be the first major encounter between Libra’s founders and global policymakers.

On Sept. 16, the Bank for International Settlements (BIS) hosted a meeting with senior officials from global public authorities to discuss regulatory issues of stablecoin projects backed by financial institutions and tech firms, the BIS officially stated in a press release shared with Cointelegraph today.

Agustín Carstens, general manager of the BIS, pointed out the importance of global regulatory coordination to understand the details of the project. Carstens said:

“A key part of assessing new initiatives is to understand the details […] When such initiatives cross national borders, it’s important for regulators to coordinate and come to a common understanding.”

Meanwhile, the German government spoke out against projects like Libra on Sept. 13, claiming that it will not authorize the development of stablecoins, following France’s footsteps.