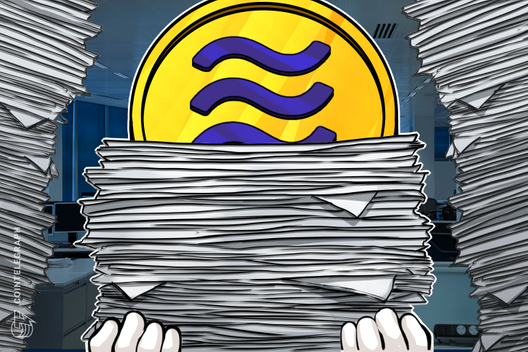 The bipartisan team of the House Financial Services Committee introduced the bill today, speaking at a committee hearing on the role of big data in financial services.

Libra is “clearly” a security under existing law, lawmaker claims

In the new bill called the “Managed Stablecoins are Securities Act of 2019,” Garcia reportedly argued that Libra and other managed stablecoins “are clearly securities under existing law.” She stated:

“This legislation simply clarifies the statute to remove any ambiguity. Bringing clarity to the regulatory structure of these digital assets protects consumers and ensures proper government oversight going forward.”

Rep. Gooden, the second sponsor of the bill, stressed that it is Congress’s responsibility to clarify the regulatory framework that will apply to stablecoins — digital currencies pegged to another asset such as the U.S. dollar. Gooden elaborated that the bill is necessary to help consumers understand the financial assets they are buying, stating:

“In what are called ‘managed stablecoins’, we have trusted brands marketing digital assets to consumers as secure and stable […] Everyday investors need to know they can trust the issuers behind their financial assets. This bill would bring them the security they deserve by applying the laws we use to regulate financial securities to this new breed of digital currencies.”

Facebook Calibra exec previously said that Libra is a commodity

Meanwhile, Libra backers deny that the stablecoin is a security. In a hearing with the House Financial Services Committee in July 2019, the head of Facebook’s native crypto wallet service Calibra stated that he does not consider Libra a security or exchange-traded fund, stating that it could be possibly treated as a commodity.

Facebook is not the only company that has been battling with regulators over the status of its digital currency initiative. The SEC recently declared that Telegram’s $1.7 billion Gram token sale in 2018 was illegal, arguing that those tokens are securities. Following the SEC’s action, Telegram responded, counterclaiming that Gram is not a security. The counterclaim was subsequently challenged by the regulator.

How to check the SHA256 hash of a file
Maker of Wasabi Bitcoin Wallet Valued at $7.5M in First Equity Round