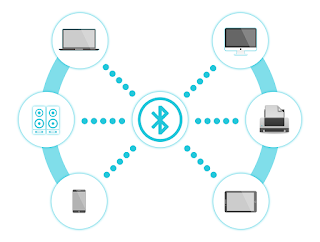 Bluetooth is used worldwide as one of the most convenient methods of connecting and controlling the devices in range. However, according to a recent report, a vulnerability labeled as the KNOB (Key Negotiation of Bluetooth) attack has been found in Bluetooth connections.

All the Bluetooth compliant devices can be affected by the vulnerability, which allows attackers to spy on a victim’s personal conversations. Hackers can also exploit the vulnerability to manipulate the data present on the compromised device.


How the attack unfolds?

While establishing a functional Bluetooth connection, both the devices rely upon an encryption key. Therefore,
in order to execute the attack, hackers exploit the vulnerability in the Bluetooth standard and weaken this encryption of Bluetooth devices instead of breaking it straightaway.

The attacker gets in the way while the devices are setting up the encryption key and resorts to brute force attack for breaking the new key with less number of digits and manipulates both the devices to employ the new encryption key.

The vulnerability affects devices by some of the renowned manufacturers namely, Apple, Qualcomm, and Intel. Companies like Apple, Microsoft, Cisco, Google, Blackberry, Broadcom and Chicony has already issued a patch to fix the flaw, as per the reports by Mashable.

The group of researchers from the Singapore University of Technology and Design, University of Oxford, and CISPA Helmholtz Center for Information Security, who found this critical vulnerability, explained, “We found and exploited a severe vulnerability in the Bluetooth specification that allows an attacker to break the security mechanisms of Bluetooth for any standard-compliant device. As a result, an attacker is able to listen, or change the content of, nearby Bluetooth communication, even between devices that have previously been successfully paired.”