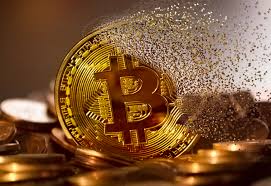 New Zealand is the first country to legalize payment of salaries in the form of  Bitcoin and other cryptocurrencies, Financial Times report.

The tax agency has deemed it legal for companies to pay wages in digital currencies is secured to at least one standard, or fiat, currency.

The country’s Inland Revenue Department (IRD) published a bulletin on August 7, 2019, stating that the ruling was made under the Tax Administration Act 1994.

According to the bulletin released, “the companies can only pay cryptocurrency to employees working under official employment agreements. Payments also have to be for a fixed amount – “the value of the crypto-asset is pegged to one or more fiat currencies.”

The ruling also states that cryptocurrency-based salary payments must also be able to be “converted directly into fiat currency (on an exchange).”

The report states that the salaries must be paid in a crypto-asset that functions as a currency.

The move has started a round of discussion on the controversial digital money coming into the realm of everyday payment modes. The major problem with the cryptocurrencies is that they are relatively free of regulation, and they are untrackable.

Shades of BlueKeep: Wormable Remote Desktop Bugs Top August Patch Tuesday List
Fraudsters claiming to be from Bank and offers to assist you via TeamViewer