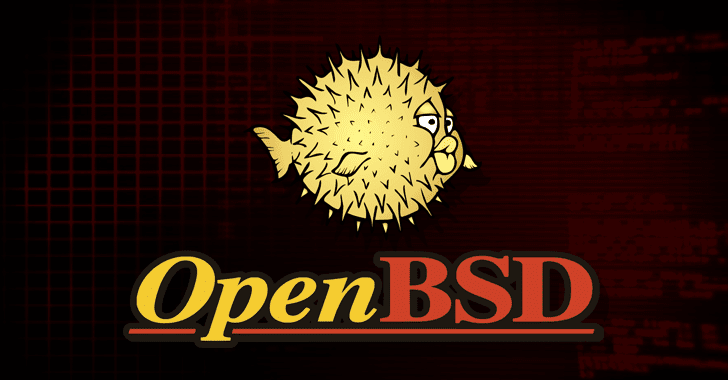 OpenBSD, an open-source operating system built with security in mind, has been found vulnerable to four new high-severity security vulnerabilities, one of which is an old-school type authentication bypass vulnerability in BSD Auth framework.

The other three vulnerabilities are privilege escalation issues that could allow local users or malicious software to gain privileges of an auth group, root, as well as of other users, respectively.

The vulnerabilities were discovered and reported by Qualys Research Labs earlier this week, in response to which OpenBSD developers released security patches for OpenBSD 6.5 and OpenBSD 6.6 just yesterday—that’s in less than 40 hours.

The authentication bypass vulnerability resides in the way OpenBSD’s authentication framework parses the username supplied by a user while logging in through smtpd, ldapd, radiusd, su, or sshd services.

Using this flaw, a remote attacker can successfully access vulnerable services with any password just by entering the username as “-schallenge” or “-schallenge: passwd,” and it works because a hyphen (-) before username tricks OpenBSD into interpreting the value as a command-line option and not as a username.

“If an attacker specifies a username of the form ‘-option’, they can influence the behavior of the authentication program in unexpected ways,” the advisory said.

According to the researchers, this vulnerability is practically exploitable in smtpd, ldapd, and radiusd, but not in sshd or su due to their defense-in-depth mechanisms that hang the connection even after successful authentication bypass.

However, one can still remotely exploit the flaw against sshd to determine whether an OpenBSD system is vulnerable to CVE-2019-19521 or not. 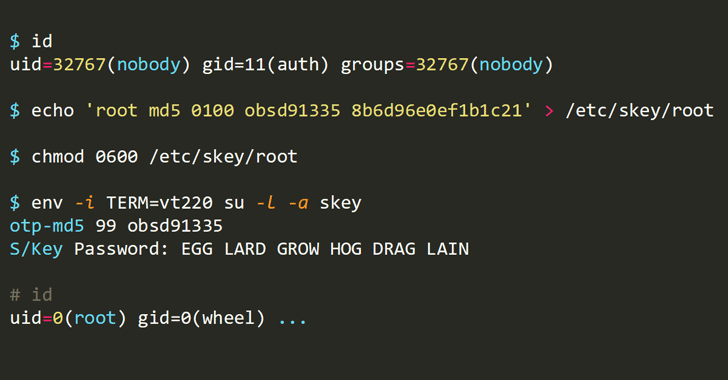 As described above, the other OpenBSD vulnerabilities are local privilege escalation issues as briefly explained below:

Qualys researchers have also released proof-of-concept exploits for each vulnerability in its advisory.