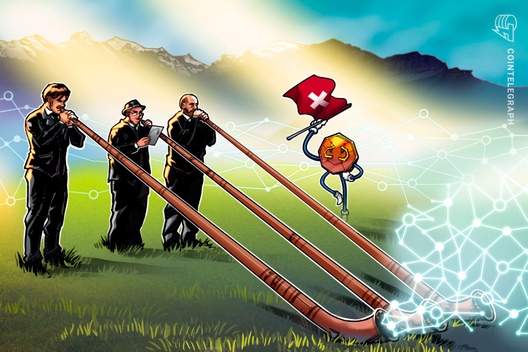 In a news release published on Dec. 3, the asset manager revealed that online Swiss bank Swissquote will serve as a custody partner for the product, which is being listed at a total expense ratio of 0.95% under the WBTC ticker.

Bitcoin “not a passing trend”

Targeted at professional and institutional investors, the ETP provides exposure to Bitcoin without the need to store private keys or have a thorough grasp of blockchain financial infrastructure.

The ETP is physically-backed by Bitcoin, meaning that investors in the product have an entitlement to a determined amount of Bitcoin — yet custody is entrusted to an institutional third-party.

As the news release outlines, the ETP tracks the spot price of Bitcoin, with WisdomTree purchasing Bitcoin and creating smaller sized shares, which can then be traded and redeemed on the SIX exchange.

In a statement, Alexis Marinof, head of Europe for WisdomTree, said the company has “seen enough to believe that digital assets, like Bitcoin, are not a passing trend and can play a role in portfolios.”

WisdomTree claims that bringing cryptocurrencies into the ETP structure could provide centralization of liquidity for the asset class.

Supporting a range of crypto ETPs

The exchange has since continued to support a range of crypto financial vehicles, including a new Bitcoin and Ether (ETH) ETP from fintech firm Amun this fall.

SIX has meanwhile been testing blockchain integration for its forthcoming parallel digital asset trading platform, “SDX,” which is expected to launch in Q4 2020.