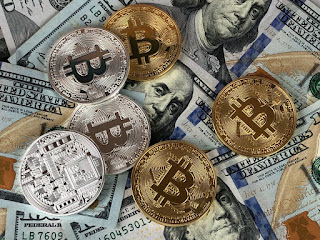 The military wing of Hamas, known by the name of ‘Qassam Brigades’, has established a highly sophisticated system which allows people to contribute in raising money by making donations which are extremely hard for the law department to trace.

In the most recent version of the wing’s website, visitors are assigned their individual Bitcoin addresses which can be used by them to send the digital currency and make donations via a method which is nearly untraceable.

The site set up by the wing featuring the logo of the brigade is notably accessible in seven different languages, it also features a video which explains the procedure of acquiring and sending the digital currency in an increasingly sophisticated manner.

“This is going to be a part of the terrorist financing mix, and it is something that people should pay attention to”, said Yaya Fanusie, a former analyst with the Central Intelligence Agency.

Commenting on the matter, Sigal Mandelkar, the Treasury Department’s undersecretary for terrorism and financial intelligence, said in an interview, “We are dedicating a lot of resources very specifically to this space.”

“It is still relatively new to them, but I’m confident that we’re going to see more of it in the future.”  He added.

There is a certain allure of cryptocurrency to the con men as it allows to hold money and make transactions without the involvement of a common authority, such as PayPal which can potentially freeze funds and close down accounts. Everyone, across the globe, is open to creating a Bitcoin address and receiving digital tokens without having to provide an address or identity.

Referencing from the statements given by, Mr. Zarate, an adviser at Coinbase, “I think we are still in the experimentation phase for terrorist groups — they are trying to figure out how best to do this,”

“What’s a challenge is that you see them continuing to experiment.” He further added.