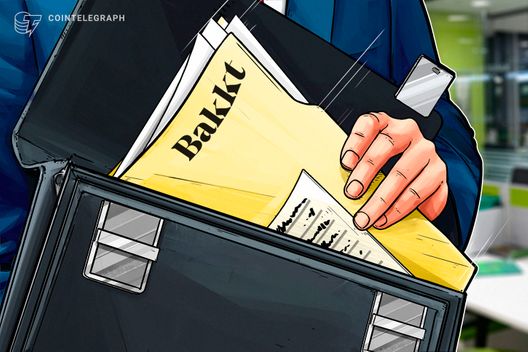 Answering a question about the status of Bakkt’s application, which has seen multiple delays, commissioner Dan Berkovitz avoided a direct update on the project, instead saying that the CFTC was trying to assist all cryptocurrency-related products in obtaining the necessary approval for launch in the U.S.

“We have a very interactive process with all the entities that come before us and [are] working diligently with all the applicants to process their applications and get their products on the market,” he said, adding:

“But we need to ensure that a crypto product, just like any other product that’s traded on our markets, meets all the standards.”

Asked whether Bakkt was now receiving special treatment from the CFTC, however, Berkovitz declined to suggest previous hold-ups had resulted in pressure to move forward. “All of the applications before us we’re working very hard on with the applicants, including that one,” he added.

As reported today, the Wall Street Journal wrote that Bakkt was facing more difficulties in its road to getting the green light from regulators. Following a lack of consensus over how the platform would handle its Bitcoin futures, discussions nonetheless do remain ongoing.

“We are working through the regulatory review process and are looking forward to updating the market soon,” the publication quoted an unnamed ICE spokesperson as saying.

At present, a vague juncture sometime in 2019 is in the cards, as regulators seem highly wary of approving related offerings, specifically a Bitcoin exchange-traded fund (ETF).